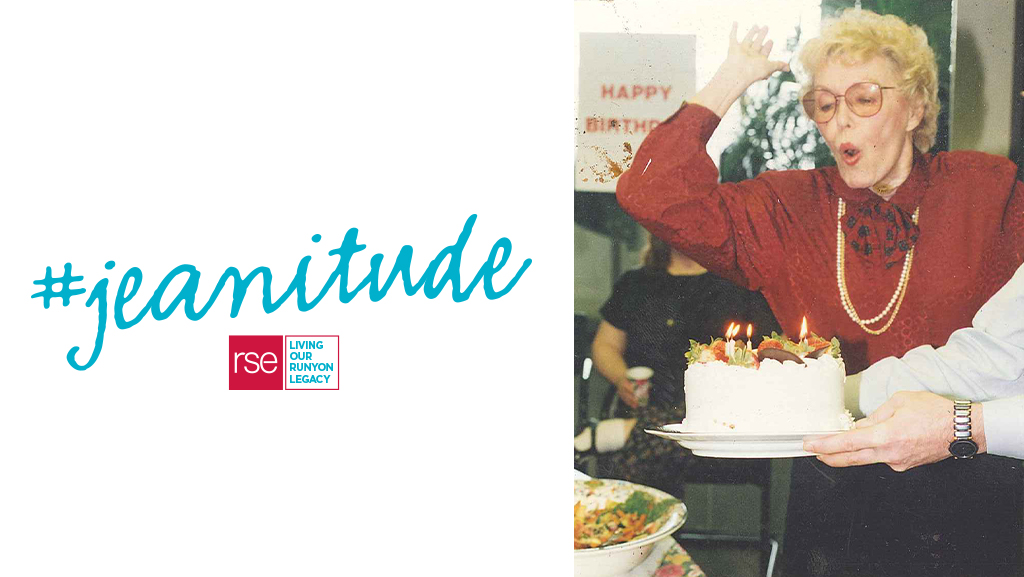 March 6th would have marked Jean’s 94th Birthday. A passage from Gregory Favre, the retired Executive Editor of The Sacramento Bee, is as poignant today as the day he made the remarks during a celebration of her life. Part of his remembrance of Jean is as follows:

When I think of Jean, I remember some words spoken by Alice Tolklas after the death of her companion, Gertrude Stein. “It wasn’t what Gertrude gave me, which was so much, it was what she never took away.”

That one sentence defines the essence of Jean’s relationship with others. It wasn’t what Jean gave us, gave us as individuals, gave us as organizations, gave us as a community, which was so much, it was what she never took away.

She never took away anyone’s dignity or enthusiasm or ambitions.

She never stripped us of our hopes or diminished our dreams or blurred our visions of a better tomorrow.

She never failed to treat everyone with compassion and sensitivity and understanding.

And Jean did all of these things even when she found herself walking through some of the darkest of dark nights in her own life, especially in those times when she grieved the loss of loved ones. She always emerged from those crucibles of darkness into the light to lift us up rather than looking for someone to help her carry her own burdens.

She would lift us up with her grace and her uncommon decency, her spirit of resilience, her incredible generosity, her wonderful independent and inquisitive mind, with her infectious laugh and her 1,000-watt smile, and, truth be told, her mostly awful jokes, and the often embarrassingly over-the-top introductions she would make of those she cared for someone to know…

She would lift us up with her unqualified love for family and friends and for the city she embraced without apologies.